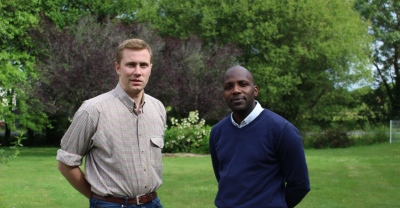 The opening of an Ivorian branch office will provide the TECHNA Group with the opportunity to root its development at the heart of West and Central Africa.

Pursuing its local development throughout the world, the TECHNA Group is proud to announce the opening of a representative office in Côte d’Ivoire. The aim of this representative office is to expand the activity of the TECHNA Group's feed expertise unit and Animal Nutritional Specialties in Africa. These business lines were initiated in Côte d'Ivoire in the early 2000s, and, from now on, they should extend to the whole region. This Ivorian office consolidates the Group's worldwide business network as it is now composed of 6 foreign subsidiaries (Morocco, Poland, Tunisia, Turkey, Ireland and Vietnam).

West and Central Africa: a region in a process of far-reaching change

With nearly 250 million inhabitants, West and Central Africa is one of the most densely populated regions in the world. This area, composed of fourteen countries, extends from Senegal to Congo through the Chad. Its market is led by two monetary unions based on the CFA franc: the West African Economic and Monetary Union (UEMOA) and the Economic and Monetary Community of Central African States (CEMAC). Agricultural resources in this part of the world still remain largely underexploited, despite a demand for animal proteins which is likely to double within the next decade.
This tremendous potential reflects an economic and demographic dynamism which is also one of the most promising on the African continent.

Dr Arafat Mahamat, veterinarian and poultry expert at TECHNA FRANCE NUTRITION, has been appointed as head manager of this new representative office. Four of the Group's five fields of activities will be developed: feed expertise unit, Animal Nutritional Specialties, Plant Nutrition Specialties and Aquaculture. Dr. Mahamat’s main task will consist in supporting, through his expertise, the activities of major players of the agricultural production sector in West and Central Africa. A local team is currently underway. Jean-Baptiste Seegers, a young graduate from the Polytechnic Institute LaSalle de Beauvais with an international volunteer status, will be assisting M. Mahamat in this project.

Do you want more information about our partnerships and projects in West and Central Africa? Our experts are available for any questions pertaining to your activity. Feel free to contact them!