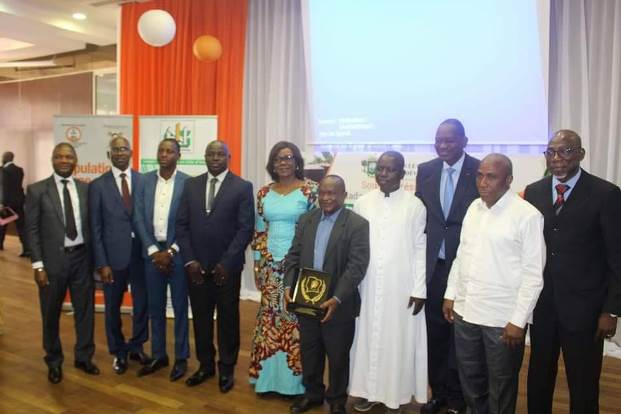 “Le Fermier du Denguélé” (litteraly “The Farmer of the Denguélé”) company (FDCI) was granted an Excellence Award at the beginning of February by the Ivorian government. TECHNA Group has been supporting this company in its growth since 2014. It has now become one of the first company to implement sustainable poultry breeding in the Denguélé region.

Created in 2010 by Mr. Lamine SYLLA, “Le Fermier du Denguélé” is an integrated company focused on the qualitative production of day-old chicks. It is based in Odienné, in the region of the Denguélé mountain massif, bordering Guinea and Mali. This province is both the heart of cashew production and also actively involved in corn and cotton production. FDCI holds a breeding laying hen farm, a production farm for consumption eggs, a hatchery and a compound feed mill.

Group TECHNA has been FDCI’s technical partner since 2014. Our experts assist Lamine SYLLA and his teams in the management of breeding farms, in manufacturing compound feeds and provide local poultry farmers with technical training.

FDCI now employs around 50 employees and has four branches in Boundiali, Korhogo, Man and Touba. Considering its agro-industrial production of eggs, especially that of day-old chicks and compound feed, FDCI acts as genuine catalyst for the development of sustainable poultry farming in Côte d'Ivoire’s north-west quarter.

Now more than 200 local poultry farmers are able to rear healthy and highly viable one-day-old chicks. These farmers can also now resort to balanced feeds which have been optimized for cost-effective and competitive production. FDCI has created an poultry ecosystem which can help provide the Denguélé inhabitants and the neighboring areas with affordable and high quality meat protein for the majority of people. It creates stable and long term market perspectives for corn production in short cycle.

TECHNA is proud to support this wonderful project initiated by Lamine Sylla in order to develop Denguélé and wishes a great future to the Denguélé region. This prize awarded by the Ivorian government makes this project even more meaningful and guarantees that banking partners can safely support this company’s development.